New study: Cats can recognize whether their offspring are excited or distressed by the type of their meows. Scientists from the Stiftung Tierärztliche Hochschule Hannover (TiHo) and the Hannover Medical School (MHH) have discovered this. In addition, the question was raised as to whether male cats respond differently to their offspring's calls than females. Apparently, this is the case. 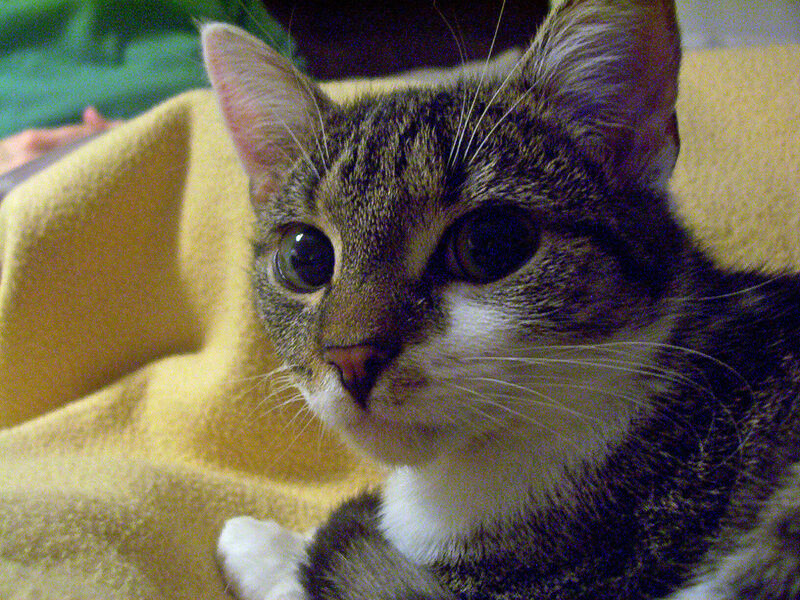 In their study, Dr. Marina Scheumann of the TiHo Institute of Zoology and Dr. Wiebke Konerding of the Research Department of the MHH observed eight female and nine male cats - while they played meow-recordings of slightly and highly excited young animals. Half of the cats already had experience with their own offspring. In addition, the females usually raise the offspring alone.

The Duration and Pitch of the Meow Vary

In a previous study, the researchers had already found that the duration and the pitch of the meows vary with the urgency of need for help. According to Konerding, the female cats responded ten per cent faster to sounds produced by highly excited animals. The male cats showed the same reaction as with "low-excited kitten sounds".

Female cats are therefore able to react to the degree of need of the young animals - regardless whether they already have experience with offspring or not. According to the pitch and duration of the calls, they recognize how urgently they must intervene. Scheumann says: "The results show that the gender-specific breeding behavior has an influence on the reaction towards kitten's sounds." It remains to investigate whether this is due to sex-specific activation patterns of the brain or can be explained by different motivations.

The results of the study are published in BMC Evolutionary Biology.