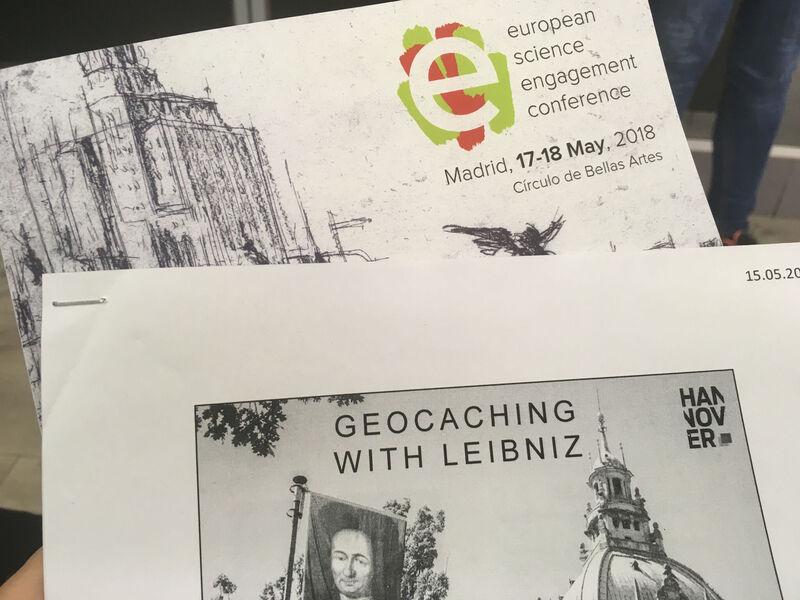 Since 2015, the City of Hannover – with its Science City team – and the European Science Engagement Association (EUSEA) have been partners in the EU project called NUCLEUS. Cooperation within this international network, which links some 100 universities, cities, science centres, and educational and cultural institutions in Europe, has now been strengthened by Hannover’s official membership of EUSEA. By a City Council resolution, Hannover became part of this growing international network in 2018. EUSEA is an active member of various European Commission-funded projects and helps its members access European funding programmes. The network’s aim is to strengthen public interest in, and engagement with, the whole field of education (including higher education) and research throughout Europe. The focus is on interaction and the enhancement of innovative forums for science communication. These include science festivals, forums for participation, and communicating scientific issues on social media.

With largely equivalent objectives and thematic areas, the Hannover Science Initiative was established in Lower Saxony’s capital at the proposal of the City of Hannover 10 years ago (follow this link: wissen.hannover.de/Über-die-Initiative-Wissenschaft-Hannover). Organisations involved in this network include all nine higher-education institutions based in Hannover, the Studentenwerk Hannover – Student Services, the Fraunhofer Institute for Toxicology and Experimental Medicine (ITEM), Geozentrum Hannover (Hannover Geocentre), the VolkswagenStiftung foundation, the hannoverimpuls GmbH (business development agency) and the City of Hannover. The work of this initiative is geared, among other things, towards internationalising the city – and raising its profile – as a location for higher education and science. Another key objective is to bring science into the heart of the city by means of different events and forums.

Lord Mayor Stefan Schostok says: "In joining EUSEA, we can make Hannover more visible as a place for science and higher education, and benefit from the expertise of other member cities. This also improves our chances of accessing European Union projects and taking part in calls for proposals at EU level."

At this year’s EUSEA Annual Conference in Madrid, the City of Hannover had the opportunity to present two of its projects as exemplifying best practice. In conjunction with the Swedish organisation Vetenskap & Allmänhet (Public & Science), a workshop was prepared on generating reach for science videos, at which the focus was on flagship Hannover project www.wissen.hannover.de and its communications strategy. The ‘Leibniz Ge(o)heimnisse’ geocaching tour was showcased as a model of best practice for digital communication of science www.hannover.de/geoheimnisse .